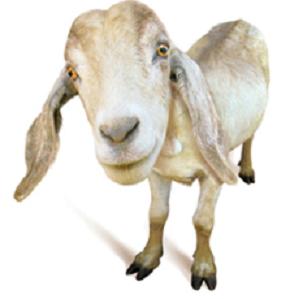 A few posts ago, I mentioned to all of you that if you ever wanted to write a little something for Tiddy.com I would love to publish it.  It can be anything--a story about something that happened to you, a revelation that you recently had, a Pinterest experiment or even a little bitch session about the current state of your affairs.

One reader who I had the pleasure of meeting and hanging out with during the Super Bowl of '09 took me up on my offer and emailed me this fun story titled, "Bring Your Goat to Work Day."  In order to differentiate her words from mine, I have made them a lovely shade of purple.

Thank you for your guest blog Alison!

My sister was sad the other day. I like to tell her funny stories when she’s down. I was saving this one for a crappy day. I had a crappy day yesterday, so telling it made me feel better… it was totally worth saving. It cheered her up and she said I had to give it to Tiddy for a guest blog.


Through a series of events, my husband and I connected with an acquaintance from middle school and his wife. Through a series of additional events, we’ve become friends with some of their friends and often go down for events. They live in Jupiter, FL.

Jupiter is about a two hour drive for us. It’s like visiting fancy town. Their Publix (Giant Eagle equivalent) has valet. Literally. Our friends all have nice cars and good jobs and talk about things like gun control and politics over beers. It’s like another world to us.

Last weekend we had plans to go down for their Annual Brew Fest event and stay with one of our guy friends. The liquor store in CCB wasn’t open when we left home, so we planned to stop near our friends house to pick him up a bottle to thank him for hosting us. We stopped at his friendly neighborhood liquor store…the first one we saw pulling off the highway. It was what we would call a bodega store…privately owned, usually run by an ethnic person, in a strip mall, etc.

As we approached the door, I realized the owner was standing out front with his dog and getting some sun. It was a lovely January day in Florida. Sunny. About 75 degrees. A beautiful day to be outside and enjoy the sun. As we entered the store, the owner held the door for us and let his dog in the store. He was clucking and talking to the dog so sweetly. It was kind of adorable. Only it wasn’t a dog. It was a goat.

We were in one of the nicer parts of Florida, in a more affluent neighborhood, and the dude had a goat in his store. I guess I didn’t realize it was “Take your goat to work day.” When I mentioned that, my husband said yeah – he’s never heard that before!

Posted by tiddy ferguson at 6:00 AM

One of my co-workers was once late for work because she couldn't get her goat off of her car!