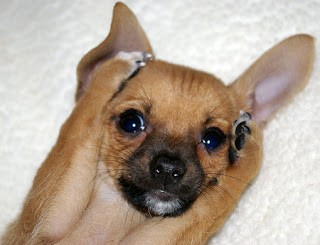 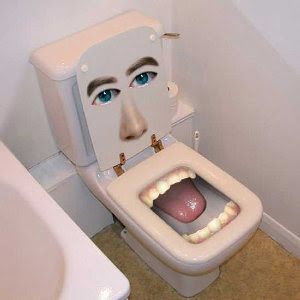 Yesterday I was walking down the hallway in my house and got a whiff of something that made me throw up in my mouth a little. Mister Ferguson had apparently had his morning coffee and had visited the bathroom a few minutes before. He likes to use the same bathroom every morning for number two. Unfortunately, I like to use it also and he always beats me to it.

Fast forward 30 minutes later. The stench was gone and I was heading in for my own little private time with the latest copy of the New Yorker. As I sat reading about Obama’s inauguration, my own brand of poo began to permeate the air. As usual, it did not faze me and I continued reading for the next 15 minutes in my own little stink cloud.

As I began to wrap up my little bathroom session, a strange thought entered my mind. Why are we repulsed by the smell of other people’s poo, yet don’t mind hanging out with our own toxic waste? I know my poo stinks. I smell it while I’m in there, and it’s bad. It doesn’t bother me, though. I’ll even re-enter and start brushing my teeth five minutes later if I’m pressed for time, even though it still reeks in there. Yet Mister Ferguson takes a dump and I can’t go within fifty feet of the bathroom. I literally start gagging and covering my nose with a t-shirt. It’s not that his poo smells any worse than mine, it just didn’t come out of my body so I’m disgusted.

Anyway, I tried to Google the answer to my question but came up short. Seems like there isn’t a scientific answer to why I think my shit doesn’t stink. However, I did find an answer to why shit stinks in general:

Poos are about 75% water. The remaining 25% is made up of a mixture of things: stuff your body can’t break down (have you ever noticed whole corn kernels in your poo) some salt, bile (bile is made up of dead red blood cells from your liver) and, of course, bacteria. Excrement is not very nice stuff and transmits lots of nasty diseases via the mean bacteria that lurks in it. it is bacteria, combined with food wastes, that turn bile in poo brown, explaining the characteristic brown color.


The smelly substance in excrement is called skatole (3-methylindole), and it is the substance to which the human nose is most sensitive on a per molecule basis. It is present in feces because it is a breakdown product from hemoglobin (found in red blood cells) that enters the gut via bile. The reason we have evolved to be so sensitive to the smell of this substance is that, by making poo smell so terrible to us, evolution has ensured that we remain repelled by our own poo. If we hate the smell, we know that its bad and we steer clear of it as much as possible.


There’s your science lesson for the day. If you’ll excuse me, I just got a new issue of the New Yorker in the mail.

Posted by tiddy ferguson at 5:14 PM No comments: 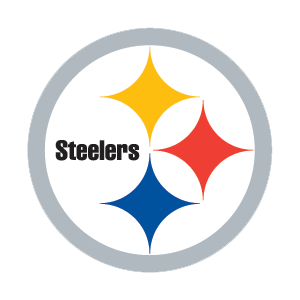 Hello old friends. Wow! It has certainly been a while since I wrote on my blog! What can I say? The holidays really had their way with me!

But alas, here we are again. New year, new attitude. I’m focused and committed to life, love and having a good time. Tiddy is back for good.

We have a lot to talk about so let’s get started. First and most importantly, the Steelers are going to the Super Bowl! I am so excited I can hardly stand it. Mister Ferguson and I decided to book plane tickets to Tampa last week and it really paid off! We made the decision on a whim and thought that we would just take a mini vacation to Florida if the game didn’t pan out. A win-win situation if you ask me!

Now I have a mere two weeks to drop a few pounds, get a little color and a mani/pedi. It’s really funny how you tend to let yourself go when the temperatures plummet. You wait a couple of extra days to shave your legs. You don’t say no to that extra piece of pizza—even though you know you’re going to feel like shit after you eat it. The lady from the gym calls you and asks if everything is okay because your membership has been inactive. Day after day, you trudge out of bed, wrap yourself up like a mummy and face the elements. Once you get to work, you begin counting the minutes until you can go home and wrap yourself in a blanket and veg out in front of the television. Depressing.

It takes a shock to the system like a spur of the moment trip to Tampa to get your motor running again. I feel like an actual person instead of a winter zombie! I wonder—
If I lived in a warm climate, would I be the best possible version of myself year-round? Don’t get me wrong, I don’t hate the snow. I think it is beautiful and I really enjoy skiing. It’s just Monday through Friday that’s the problem!

Enough bitching. Let’s end on a high note. I recently finished reading The Shack and it was a great way to start the New Year. If you haven’t read it, you should—especially if you struggle with faith, religion, your purpose on Earth, etc.

Each New Year’s Day, I make the same resolutions:

1. Lose weight/exercise
2. Stop drinking so much
3. Stop talking shit on people
4. Don’t worry so much/manage what I can control
5. Be a better communicator/learn how to say no

Tiddy’s Five Commandments last about two weeks if I’m lucky. Honestly, I don’t even know why I set myself up for failure! However, after reading The Shack, I have a new perspective. I’m not going to say on life because that would be giving a book too much credit, but it really did make me think. The whole message is to live your life without an agenda and realize you have no authority to judge other people. These are two areas where Tiddy struggles big time! Admitting it is the first step!

So far this year, I’m looking at people through a different set of eyes. I’m trying not to jump to conclusions or get angry over stupid things. In 2009 Tiddy is all about understanding where someone is coming from—sympathize rather than criticize! It’s the third week of January so things are going pretty well.

If you’re in winter zombie mode yourself, it’s time to:

In accordance with my own resolutions, I’m going to for a run now. Supposedly I am running the Pittsburgh Marathon in May and I have a LONG way to go. Afterwards, I will drink a bottle of wine. Hey, we all knew the not drinking thing wasn’t going to happen. Plus, it’s the winter.