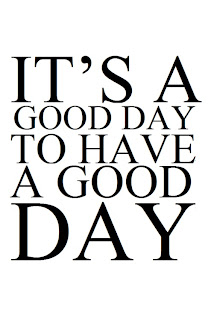 I went to mass in my ski boots this morning. Truth. In an effort to keep up with our promise to attend church on a regular basis in 2013, Mister Fergs and I have been taking Biddy to the “vacation mass” that is offered every Sunday at Seven Springs.

The service is held in an auditorium that resembles a college classroom. Priests are rotated, so you never know what you’re going to get. It ranges from a 20 minute “grab your wafer and go” to a full on hour-long mass.

Today, when we informed Biddy that we were going to church before we went skiing, she pouted and told us she didn’t want to go. I wanted to help her understand why it was important to go to church and thank God for everything he has given us. This proved to be a difficult task. How do you explain religion to a three-year-old? Right now, her idea of God is Santa Claus; the benevolent old gentleman who recently bestowed upon her a new bicycle, skis and a Barbie Jeep. These are tangible items for which she can express her gratitude. As a parent, how do you teach your children to be grateful for blessings such as health, happiness and security?

Taking her to church certainly can’t hurt, so that’s what we’re going with now. We all put on our long underwear and ski clothes and wrestled into our boots. After that whole ordeal, it occurred to me that regardless of how much I skied today, I burned roughly 300 calories dressing myself and Biddy for the day. You really, really have to be committed to taking a toddler skiing because it is extremely taxing just getting out the door and there are many opportunities to give up and back out.

We made it out the door and onto the shuttle and before we knew it, we were congregated with the Catholic skiing population of Western Pennsylvania. The priest of the day set the tone for the mass by indicating that we were going to sing and listen to a homily, so we took our coats off and settled in for the long haul.

Biddy was fascinated by the crowd and made several attempts at the sign of the cross, which made Mister Fergs and I collapse into laughter. When we got to the homily, the priest started by telling the story of Jesus turning water into wine. He went on to explain how we can use the lesson today by being patient while God turns the water in our lives to wine. I felt as though that guy was speaking directly to me. What a very simple and poignant statement.

No matter how long the mass, there is always the opportunity to shake the hand of those sitting next to you and offer a peace exchange. For some reason, every time I attend service, I start to get anxious in the minutes prior to the event and look around at the individuals I will be interacting with. Tiddy, the person who is paid a salary to interact with people, becomes completely socially awkward at the thought of shaking random hands, looking into random eyes and saying the words, “Peace be with you.” I really have no idea why I feel this way. It has nothing to do with germs.

Due to the fact it is MLK weekend and most people are enjoying a three day vacation, it was a packed house. That, coupled with the number of churchgoers awkwardly making their way down the steps in ski boots, made for an unusually long communion. As people continued to come out of the woodwork to receive their wafers (including what seemed like an entire middle school), I asked Mister Fergs what would happen if they ran out of wafers. At that very moment, we found out. The priest realized he simply did not have enough to go around and literally started breaking the wafers into 16ths. I’ve never seen anything like it! Biddy started to get all huffy and wondered why she didn’t get one so I made a mental note to bring a pack of Sweet Tarts next time and give her one of those when we take communion.

After mass, we headed out to the slopes to continue Biddy’s skiing education. It was sunny, music was in the air and the sky was a brilliant shade of blue. As we rode the ski lift to the top of the mountain together, I realized at that very moment, God was turning the water of my life into wine.

Posted by tiddy ferguson at 4:56 PM

Eeping all of your information secure throughout playing is 100% proper and significant. No gambler desires to get up and see their wallets emptied by cyber criminals. We are member-supported, so your donation is crucial to KOSU's news reporting and music programming. Help support the reporters, DJs and staff of the station you're keen on|you like}. Even when punters play easy pokies, it’s required to watch 카지노사이트 a paytable and extra choices. Choose an appropriate deposit option have the ability to|to have the ability to} withdraw with it later.