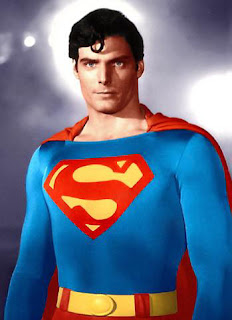 Most days, I feel like I'm still 21. However, once in a while something happens that reminds me that I'm not as with it as I used to be. The other day, I went out for a run and realized that almost every song on my ipod that was released in the past year has the word "swagger" in it. I even saw a commercial featuring LL Cool J for a deodorant called "Old Spice Swagger." When did this word creep into the scene? Where have I been? Am I not watching enough MTV? I'm cool, right?

A couple of years ago, something happened that made me realize that there is a whole other language that I have not been privy to since I began the third decade of my life. Picture this:

My family spends Christmas in a cabin in the woods. It's awesome. We are in the middle of nowhere. Nobody has cell phone reception, there's no Internet. It's like 1994 out there! We cut down a Christmas tree, make our own ornaments and spend the holidays getting back to the simple joys of life--food, wine, games and family. We also have a lot of time on our hands. When the Soulja Boy dance came out, the whole family dedicated hours to learning all of the moves. I haven't seen such a group effort since we all learned to moonwalk. Souja Boy must have been played 200 hundred times!

We were all swollen with pride when we arrived at my Aunt Prissy's house to show off our skills. My six-year-old niece was even running though the house screaming, "Superman!" At that point, I saw my college age cousin (who I adore) smirking to himself in the corner.

I went over and asked him why he was laughing at us. "Is the Soulja Boy dance already out?" I inquired.

He said, "Do you have any idea what 'Superman' means? I'm not going to tell you. Go look it up at urbandictionary.com."

I went into the den, logged onto the computer and typed "Superman" into the search engine. This is what I read:

"Superman is when a guy ejaculates on a girl's back and sticks the bed sheet to it. When she wakes in the morning and the sheet is stuck to her back, you have officially supermanned that hoe."

How embarrassing. How on Earth did I not know that? The song lyrics clearly state "Superman that hoe."

As soon as I got home from Christmas vacation, I signed up for daily updates from urbandictionary.com so I could keep my finger on the pulse of the English language. Each day, a new word and definition is emailed to me. Most of them are lame, but there was one this week that made me laugh:

Ghetto Upgrade
When you are flying economy on a near empty flight and can lay across an entire row of seats.


"I got a ghetto upgrade on my flight out west and was able to sleep most of the way."

In other news, I am two weeks away from the marathon and I'm feeling pretty good about the race. So excited Kiddy F. is coming back to the 'Burgh! Thanks so much to everyone who donated to my livestrong.org Web site! Also thank you for all of the great song suggestions!

Posted by tiddy ferguson at 5:01 PM

I'm so embarrassed now! I loved that dance! I feel just like my mother did when she found out Puff the Magic Dragon wasn't really about a dragon.