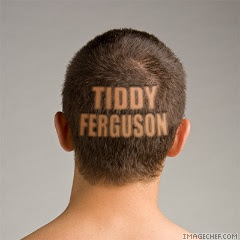 Five to ten bottles of Blueberry Stoli later, Mister Ferguson and I are officially back in the burgh. What an amazing week. I have never been on a beach vacation in October, but I must say I am a fan! The weather is still great and there are no lines anywhere you go!

Where do I begin? I last spoke to all of you on Tuesday, right before things started heating up. Lacy Underalls and Mike Oxbig arrived in town on Wednesday along with the Wick and we all had a great time at the Tiki Bar. The boys spent hours playing beach volleyball, and one of the players sustained a major injury (we're talking crutches). I'm not going to name names, but it didn't seem to impede his ability to pick up some trim at the wedding!


The most amusing event of the week occurred the day of the wedding. Lacy, myself and Connie Lingus (wife of Hugh Gass) decided that morning that we were going to go thirds on two bottles of Veuve Cliquot and make hair appointments at a salon within walking distance. We purchased the champagne and found a place called Hair & Co., which is located in Coligny Plaza. Connie wanted a blowout, Lacy wanted a sophisticated bun and Tiddy was channeling Jackie Kennedy, so I wanted a half-up with height on the top and flipped out at the ends. Please understand that I was wearing a kelly green dress and this was THE ONLY way to go.


So we walked into the hair salon with a beach bag full of booze. It was a cute little place, but all of the chairs were taken and there was nowhere for us to go. The three of us decided to sit outside and told the ladies to let us know when they were ready for us. Lacey was called in first. A mere ten minutes later, Tiddy was called in. I sat in the chair and began to explain what I envisioned as my look for the evening. I was barely finished with the phrase "just flip it out at the ends" when I saw my dear friend Lacy wildly running her hands through her hair like the Fonz, shrieking "I want it shelacked! There is no room for a teasing comb when I say SHELACKED!!!" As the minutes wore on, Lacy became more and more agitated and I began giving her the stink eye from across the room. I called out to Connie to bust out the Veuve and slowly things began to gel. Turns out, the stylist was also from Jersey and knew just how to handle Lacy. She began the bun with a quiet confidence and before long, the two were talking about Jersey and cats like they had known each other for years!


The experience we had at Hair & Co. could only be described as Steel Magnolias. The three of us had so much fun talking with Donna, Jerry and the ladies we popped the second bottle and stayed long after our hair was finished! We were all overjoyed with our wedding looks and I know Lacy felt properly shelacked. I sincerely hope our new friends will read Tiddy.com!


Onto the wedding! After an 80 mph trolley ride (with windows open), our hair was in danger of ruin. Luckily, the ladies at Hair & Co. have some serious hairspray and we didn't suffer! The ceremony and reception were beautiful! There was a mashed potato bar, which is Tiddy's absolute favorite. I also loved the group that Mister Ferguson and I sat with at dinner--the Oxbigs, Hugh Gass and Connie Lingus, the Wick and the 1-6.


All of my degenerate friends really cleaned up nice. Everyone looked great and danced like they were just let out of cages. The PIKES did the Gator which is always fun to watch! I was having so much fun that I was sad when it was time to pack it back in the trolley and head for home, but fortunately there was an after party at our house!!! This is where the evening went downhill....


Earlier in the day, Lacy, Connie and I were lounging at the pool with Anita Mandalay and T.G. when we realized that the boys had only purchased beer for the after party and decided we needed to make our own provisions. The five of us rolled out to the Piggly Wiggly (yes, that is what they call the food store) and purchased TEN bottles of champagne. We proceeded to put them in a large plastic bin on ice and hide them in my closet. Needless to say, we spent most of the party sitting in my closet like a bunch of shrews, hoarding the champagne bin. And it was an absolute blast!


I don't remember falling asleep that night, but I woke up with the sunrise. And since Tiddy is a morning person no matter what, I went down to the Piggly Wiggly with my friend Bill (who I found snuggled up under a beach towel) and we bought ice cold Gatorades for the entire house. I have never seen so much joy on faces in my entire life, as the entire household had been drained of anything ingestible the night before.
As far as I know, everyone is back at home safe and sound. It will definitely take the Fergusons another week to recover from this vacation and the 11 hour drive we had yesterday. But it was worth it!
Congratulations to the happy couple!

Posted by tiddy ferguson at 8:54 PM